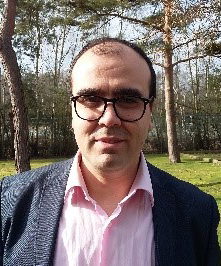 Moncef Kadi received the Electr. Eng. Dipl. from the University of Constantine, Constantine, in 1996, the Masterâs Research degree (D.E.A) in Optoelectronic, optics and microwaves from the National Polytechnic Institute of Grenoble (INPG), Grenoble, France, in 2001, and the Ph.D. degree in RF and Optics from the University Joseph Fourier, Grenoble, France in 2004. In October 2004 he joined the Research Institute for Embedded systems (IRSEEM), Ecole SupÃ©rieure dâIngÃ©nieurs (ESIGELEC), Rouen, France, as a Postdoctoral Fellow, and is currently an associate professor and a head of Electronic and System (E&S) research team. He received in 2011 the HDR Dipl. from the University of Rouen. His current research interests include the area of electromagnetic compatibility, antennas design, probe characterisation, and susceptibility and reliability of electronic components.