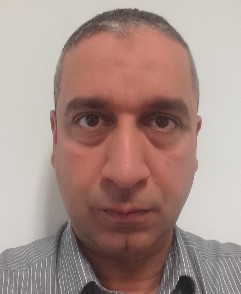 Zouheir Riah received the Electronic Engineer Diploma from the University of Constantine, Algeria, in 1996, the Masterâs Research degree (D.E.A) in optoelectronic, optics, and microwave from the National Polytechnic Institute of Grenoble (INPG), France, in 2001, and the Ph.D. degree in nonlinear circuits and subsystems from the University of Limoges, France, in 2005. He completed his Postdoctoral studies, on the characterization of near field probes and the modelling of radiated emissions of electronic devices, at the Research Institute for Embedded Systems (IRSEEM), Ecole SupÃ©rieure dâIngÃ©nieurs (ESIGELEC), Rouen, France, in 2008. Since September 2008, he is a Teacher/Researcher at ESIGELEC, he received in November 2015 the diploma of HDR from the University of Rouen. His research interests include mainly linear and nonlinear RF circuits and electromagnetic compatibility (EMC).